In Bangladesh, around 15 million people actively use Internet. It’s 6.5% of our population and we’re in the position of 157th in the world in terms of population vs users ratio. But our penetration is 28.5% which is really high compare to many other countries.

Hopefully by end of 2015, the number of active internet users will be around 30 million which is a very ambitious prediction though.

Our users have a very different approach to internet than what we see in developed country – we consume contents rather than spend online. So it seems e-commerce isn’t going to be any big hit here in near future.

The majority portion of internet users are on-boarded by Facebook. An interesting insight is – many of them have a guilty feeling for wasting their money for no good cause.

Local startups who’re taking internet as their business platform, are yet to set long-term objectives. It’s really hard to imagine what’s going on here as technology and people’s mind – both are changing too fast. 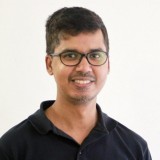