In Bangladesh, around 15 million people actively use Internet. It’s 6.5% of our population and we’re in the position of 157th in the world in terms of population vs users ratio. But our penetration is 28.5% which is really high compare to many other countries.

Hopefully by end of 2015, the number of active internet users will be around 30 million which is a very ambitious prediction though.

Our users have a very different approach to internet than what we see in developed country – we consume contents rather than spend online. So it seems e-commerce isn’t going to be any big hit here in near future.

The majority portion of internet users are on-boarded by Facebook. An interesting insight is – many of them have a guilty feeling for wasting their money for no good cause.

Local startups who’re taking internet as their business platform, are yet to set long-term objectives. It’s really hard to imagine what’s going on here as technology and people’s mind – both are changing too fast.

these slides were presented at Dhaka Startup Weekend, held in 10 – 12 January 2013. the learnings are real and you can ask for the details. we have the stories to tell you.

This article was published in IT & Telecom page of The Daily Star on 13 July 2012.

The rapid growth of digital technology is fundamentally changing the world as we know it. Global internet penetration in 2010 stood at 1.9 billion people and is expected to grow to 5 billion by 2015. It is unsurprising that with this in mind, information in the world (videos, music, documents etc.) that is stored online is also projected to grow from 800 exabytes to 53 zetabytes (eMarketer, 2011).

To put this into context, Google recently announced that there is 60 hours of video (YouTube Blog, 2012) uploaded onto YouTube each and every minute.

The average user accesses the web on 3 separate occasions throughout the day, with usage peaking during the morning hours. In addition, a total of 4 different websites are typically visited during these sessions.

Mobile adoption is another factor that is further accelerating access to the internet. The “Queen of the Net” Mary Meeker forecasts mobile internet usage to outstrip desktop/large screen by 2015.

So why is this relevant to us in Bangladesh?
In Bangladesh, with mobile subscribers just over 92 million and mobile internet access over 25 million users (BTRC, March 2012), it is fair to say, that these “pocket computers” will be the first entry point into the internet for many people in this country.

As access to internet explodes, the internet will increasingly become where people, of all ages and demographics, spend their time and as a result it will lead to significant changes in the way we go about our daily lives.

It is second nature for an individual in New York to purchase a flight via the internet and changes such as these are soon to take place here.

G&R Ad Network, a company that manages internet ad campaigns across over 150 local websites reaching over 90% of Bangladeshis online, has built-up unique insight into how users within the country and abroad browse the web.

G&R analysed millions of data points and put together 3 key trends that can help show where the internet in Bangladesh is going.

1. Internet consumption is accelerating
The internet subscriber base in Bangladesh (excluding mobile) currently stands at just over 1.5 million (BTRC, Feb 2012). However, total desktop internet users in Bangladesh is actually far greater than that number, likely driven by heavy usage in offices, internet cafes and multiple users accessing the internet from a single household. Local industry estimates suggest that in 2011 access to the web was closer to 8 million users, having grown 300% since 2010 and expected grow a further 500% by 2020 (BCG, 2010). This acceleration of internet consumption is undoubtedly fueled not only by the growth in access, such as through WIMAX modems, but also through the proliferation of increasingly affordable laptops, desktops and tablets.

2. Those with access browse a lot
Until now, it wasn’t clear how people in Bangladesh actually spend their time on the web on a daily basis. The data G&R gathered sheds some more light on consumer behaviour online.

The average user accesses the web on 3 separate occasions throughout the day, with usage peaking during the morning hours. In addition, a total of 4 different websites are typically visited during these sessions.

While usage of social networks and email services account for a considerable portion web activity, the data collected by the G&R indicates that Bangladeshis also spend a lot of time browsing the web. Such users are actively seeking information and content online and this is only going to grow further as more local websites and web applications start to enter the public domain.

3. Web usage varies considerably by day of week
Which days are Bangladeshis most online is a question that has been asked a lot at G&R. As visualised in the chart on left , web usage varies considerably based on the day of the week. Internet traffic among local Bangladeshis peaks on Mondays and is generally higher during the working days. Fridays represent substantially less traffic, but it is worth noting that internet consumption remains high for non-resident Bangladeshis visiting local Bangladeshi sites on Fridays.

Final thoughts
The rapid development of the online space in Bangladesh is very exciting and promising. The frenetic popularity of global platforms like Google, Facebook and Twitter as well as the innovation and growth of local websites, Bangla content, localised online tools and e-commerce which indicates that the internet will have an increasingly positive impact on the daily lives of people in this country. 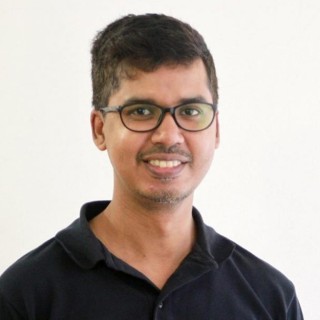